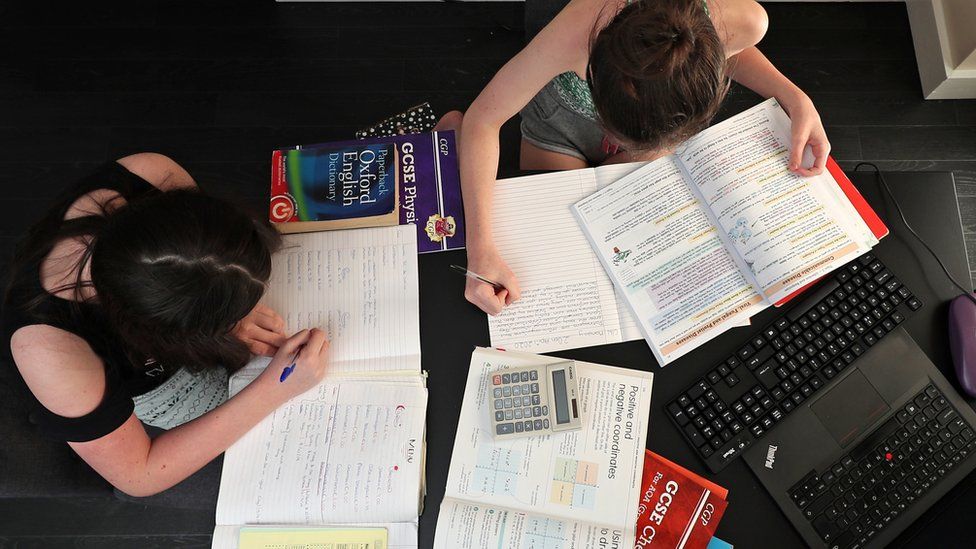 The drive to enable all pupils to get a laptop for home-schooling is still falling short, a charity has warned.

One teacher said a lot of families are still forced to share one device and the fear pupils' education will be irreparably damaged remains.

The Welsh Government said 128,000 devices had been sent to local authorities with 54,000 more expected.

Most children aged between three and seven are due to return to school on 22 February, after the half-term break, but for most others, learning from home will continue.

Last April, the Welsh Government provided £3m for laptops and Wifi devices, but it is claimed some pupils, especially those from poorer families, are still waiting.

In January, the charity Child Poverty Action Group said it was concerned some schools were only offering IT help to children on free school meals.

Bethan Jones, assistant head at Queen Elizabeth High School in Carmarthen, said: "We have a lot of families where there's only one computer, iPad, or mobile.

"Kids won't be able to learn if they only have one laptop between four of them.

"One device for each family doesn't really tackle the problem."