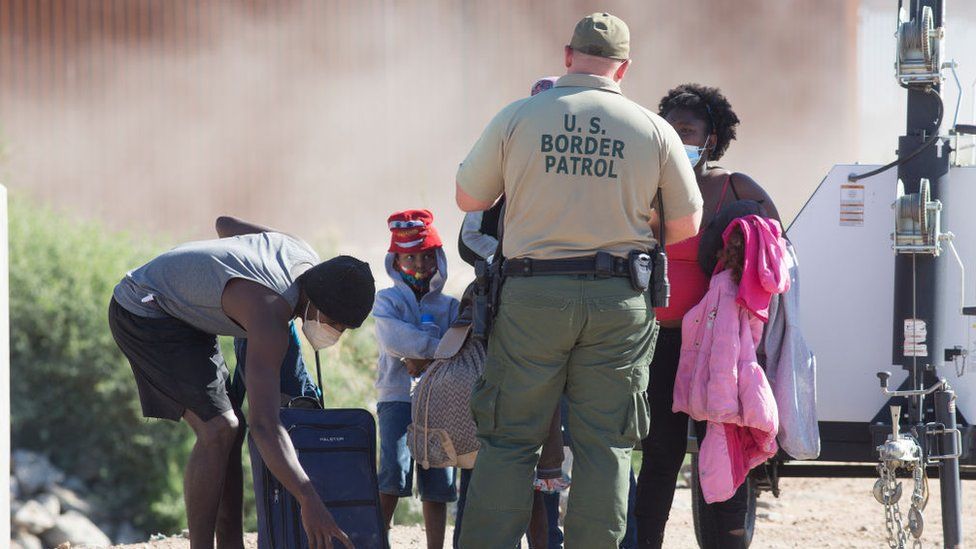 President Joe Biden has lifted the US annual refugee cap, bowing to backlash from his party after he initially opted to stick by the Trump-era figure.

The Democratic president is raising the cap from 15,000 to 62,500 after outrage from progressives and refugee agencies.

Reports said the president was concerned about letting in more people amid a record influx at the US-Mexico border.

He also said his administration intended to raise the number of refugees admitted next year to 125,000.

But he acknowledged the "sad truth" that the US would not achieve either target this year or next, arguing that his administration had to "undo the damage" of the previous one.

The lower ceiling "did not reflect America's values ​​as a nation that welcomes and supports refugees", Mr Biden said.

About 2,000 refugees were let into the US between October and March, according to the Refugee Processing Center.

The Biden administration has been accused of seeking to deflect blame on to the Trump administration for having, as the White House says, "dismantled" the immigration system down at the US-Mexico border.

Mr Trump did gradually slash the refugee cap through his tenure, bringing the number down from 110,000 in President Barack Obama's last year in office to the record low of 15,000.

But World Relief, a humanitarian organization, last month said White House claims that the US refugee resettlement program needed to be rebuilt after the Trump years were "a completely false narrative" and "a purely political calculation".
Haut
Répondre
1 message • Page 1 sur 1